of the Texas Hill Country

Despite a reputation for being a flat wasteland, the rugged landscape of Texas actually boasts a stunning beauty all its own. This area’s breathtaking Texas Hill Country starts in West Austin and portions of San Antonio, and includes 25 counties to the west and south. The terrain is known for dramatic cuts, cliffs, mesas and boulders in limestone and gorgeous walls of granite.

Dripping Springs, a gorgeous area of the Texas Hill Country, is home to HAMILTON POOL, one of the best swimming holes in Texas, famous for its cavernous limestone mouth and a waterfall that you can swim beneath.

This lush retreat is a great place to be during the hot Texas summer.

In spring, the countryside is just bursting with bluebonnets, purple winecups, yellow primrose and the vivid Texas Paintbrush. If you get a chance and love a good drive, take the one-hour legendary Devil’s Backbone loop, which offers outstanding views of the 400 mile Balcones Fault. The magnificent views will leave your mouth agape and the route will take you past some of the most historic and beautiful cities in the region. So get in the car and take a day trip, Texas Hill Country style. You won’t regret it.

Dallas wasn’t for sale —besides the American way is to start small and work your way up.

— One of the many reasons Hondo bought Luckenbach 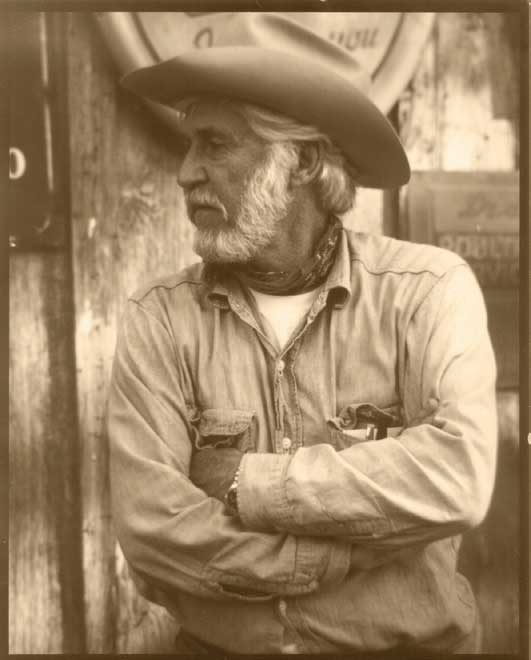 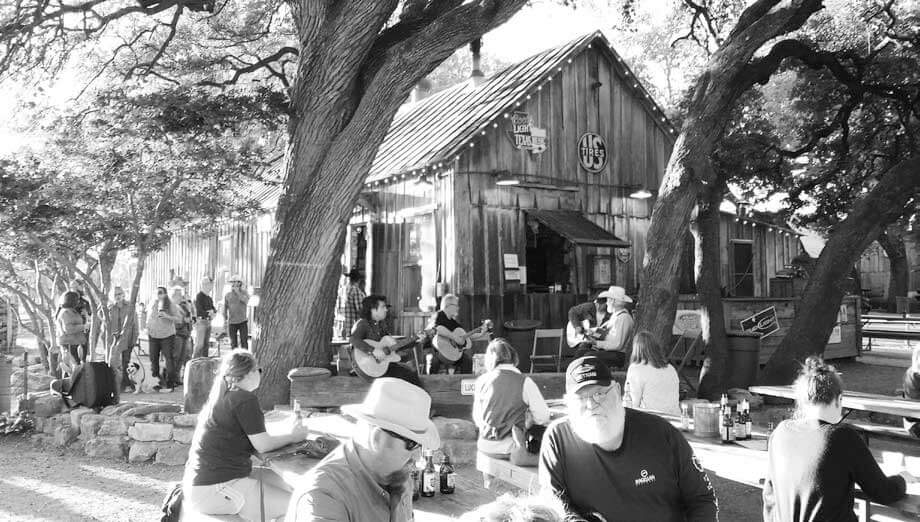 Everybody’s Somebody in Luckenbach

Slow down. Get away from the hustle and bustle of Austin and see the treasure we have in Luckenbach. In 1849, Minna Engel opened the doors of a “First Class Country Store,” selling everything from the cradle to the grave when this was still frontier, serving both Texas settlers and Comanche Indians, with whom the Germans never broke a peace treaty. The combination Post Office/ General Store/Beer Joint was fashioned in 1886 by August Engel and remained in the family until 1970 when Benno Engel retired as postmaster and placed an ad: “TOWN FOR SALE”—lock, stock and dance hall.

Then things really began to change. Luckenbach was purchased by some true Texas characters—Hondo Crouch and pals, Guich Koock and Kathy Morgan. Hondo refashioned Luckenbach as an old west fairytale dominion, elected himself Mayor, appointed his friend Marge as Sheriff and appointed others as ambassadors to foreign countries. They held “Hug-Ins,” a Luckenbach World’s Fair, a Ladies State Chili Bust, and Mud Dauber Festivals, and always singing, picking, and plenty of beer drinking beneath the 500-year-old oak trees. Today, over thirty years later the guitar pickers are still pickin’ out every night under the big oak trees.

The cotton gin closed in 1929. In 2002, a flood swept away the cotton gin and blacksmith shop. But nothing can stop the power of Luckenbach. Stop in, any old day, and set a spell under those oak trees and wait, while the sun begins to settle, with a cold beer from that same general store. Listen as the pickers arrive. They meet. They greet. They tune their guitars and voices, and soon, far sooner than you think, you are transported to the land that is Luckenbach. Not some fairytale, faraway place, but a very real and comfortable piece of Texas. Texas like it should be…sharing a table with strangers soon to be friends, singing along to some old familiar song, and knowing, deep in your heart of Texas, that all is right with the world.