BY CHRISTY WINK / PHOTO COURTESY OF JIM GADE ON UNSPLASH

You can find just about any cuisine you could think of here in Austin, and over the years we have established ourselves as a notable dining destination. In fact, last year Austin was named a top ten U.S. city for foodies by WalletHub, based on a mix of diversity, accessibility, and affordability. From the hottest new food truck haunting the front yard of a hip bar on the East Side to the famous brick-and-mortar icons, we’ve got everything you could ask for.

Tex-Mex and barbeque comprise two of a Texan’s four main food groups, and while in Austin it’s practically compulsory to try one or both. Tex-Mex is an Americanized version of Mexican cuisine and as prolific in Texas as a good pair of cowboy boots. Known for its reliance on beef seasoned with cumin and chili powder, melty yellow cheese, tortillas and beans, Tex-Mex is a greasy, carb-loaded mainstay in Austin. Mention chile con queso to any Austinite and watch the tears of joy well up. Like all popular cuisines in a foodie culture, Tex-Mex continues to evolve. These days, restaurateurs are just as likely to serve their beef enchiladas next to cochinita pibil, a traditional Yucatan Peninsula pork dish steamed in banana leaves. While still acknowledging that hungry patrons are partial to their starch-and-cheese dishes, chefs have begun a fusion of Tex-Mex staples with fresh ingredients and some of the more traditional regional flavors of Mexico, or even flavors from other cultures.

There’s strong competition in the Texas barbeque scene, and Austin’s game is always on point. Whether you’re sitting down to great big dishes served up family-style at one of our historic smokehouses or walking up to a food truck and ordering a la carte from a culinary legend, you’ll get the very best the city has to offer in the form of slow-smoked brisket, sausage, chicken, turkey, or ribs served with a generous side of Texas-style rich, red, tomato-based sauce. Several of our most renowned barbeque joints will sell out within a matter of a few short hours, and the lines start forming first thing in the morning. Bring a folding chair, and don’t forget to ask for a taste of the burnt ends. 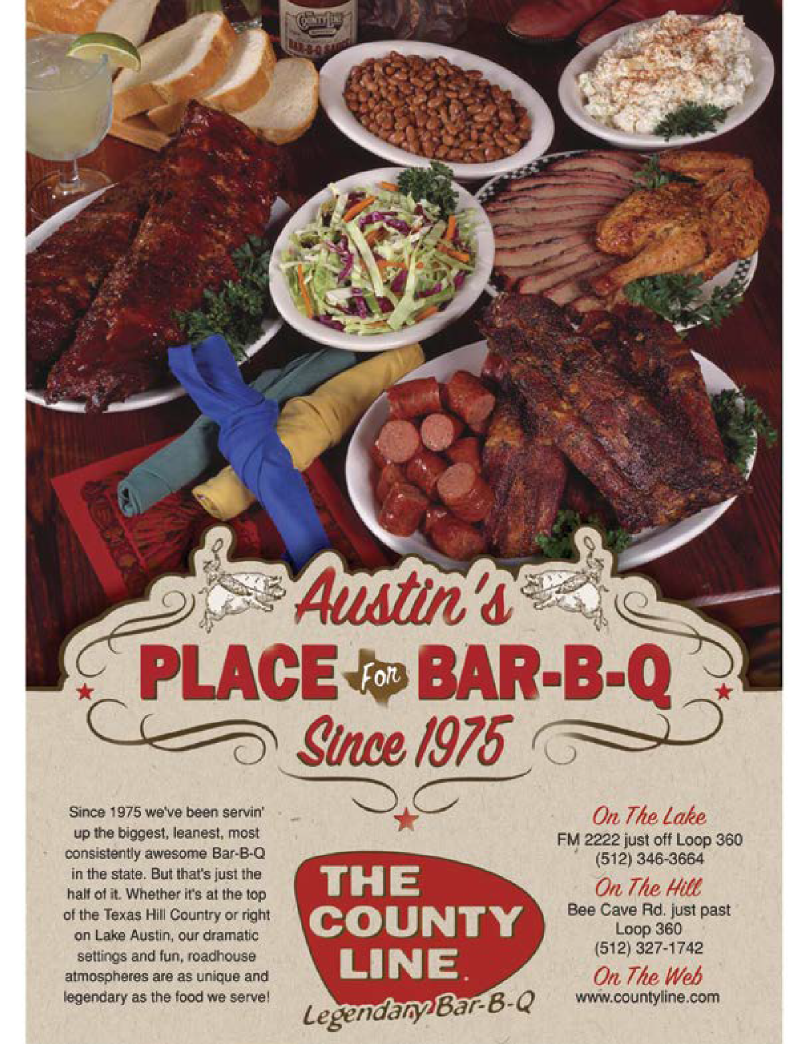 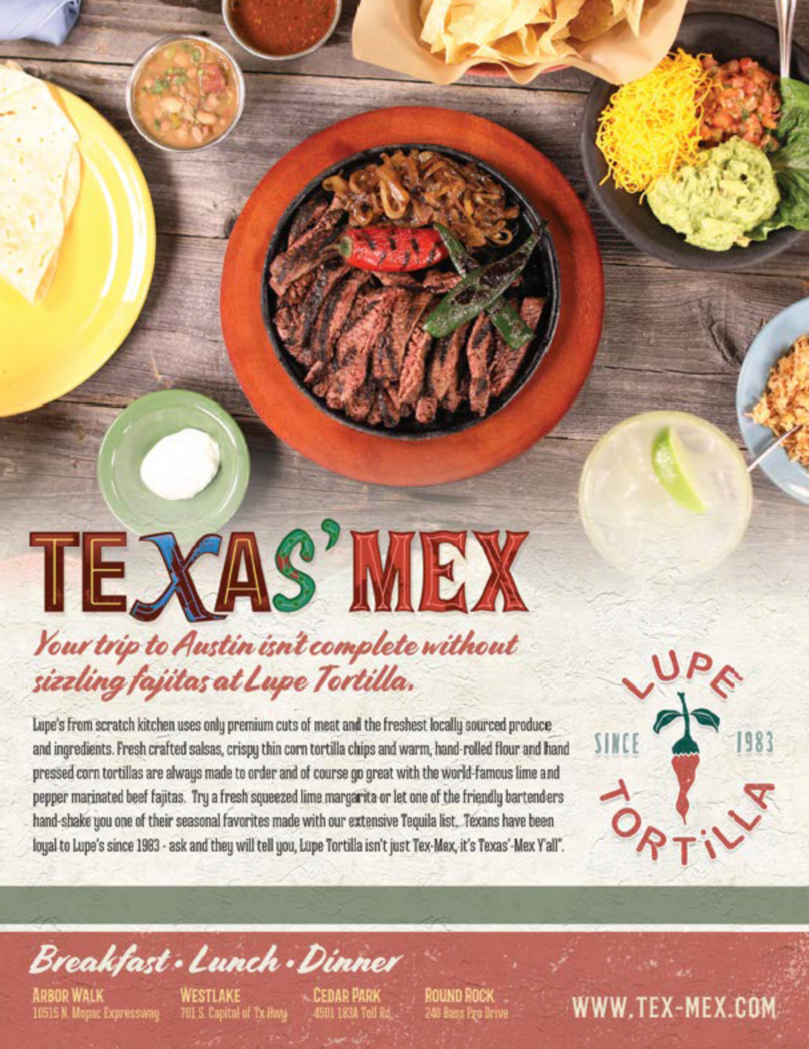 The Austin food scene is evolving quickly, and every day a new buzzworthy concept in cuisine pops up. Young chefs and seasoned culinary masters alike are making inspired strides in the industry and offering up fresh new perspectives in dining. Takuya Matsumoto and Tatsu Aikawa, for example, opened their first ramen house to a wildly receptive audience and quickly became considered leaders in the Austin ramen craze. In just six years’ time they’ve expanded their small ramen empire to additional locations across town and opened their newest venture, which capitalizes on the recent American interest in the Japanese izakaya (or pub) and adds in the element of Texas-style smoked meats.

In Austin, you can dine in venues that are part restaurant and part farmers’ market.

One of Austin’s biggest new launches, Faregrounds, is an exciting, modern take on the food hall, nestled in the underground level at downtown One Eleven Congress. Several of Austin’s most notable foodie favorites have been tapped to provide fresh, fast-casual offerings, with tables and other communal seating available throughout the hall itself, at the lobby level and in the park outside.

Farm-to-table is a dining category in and of itself. It seems every day a new restaurant pops up to offer fresh, locally sourced, minimally processed dishes. Even many of the established and chain restaurants have seen the value in foregoing prepackaged and factory-farmed ingredients in favor of locally sourced products from family farmers, ranchers and food artisans. In Austin, you can dine in venues that are part restaurant and part farmers’ market. You can venture to a food truck that is located literally right at the food source: a small, urban farm with al fresco picnic benches under towering pecan trees and twinkling lights. We have all-night diners offering thoughtfully executed brunch classics using all farm-fresh produce. You can even book a stay at a working farm vacation resort that offers hands-on classes and, of course, uses all its own crops in its on-site restaurant and spa. 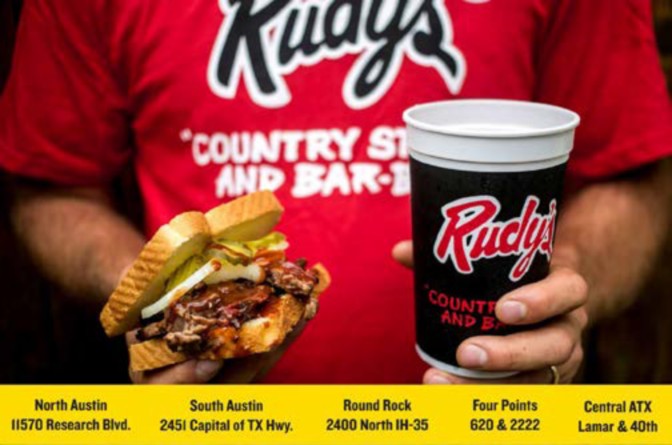 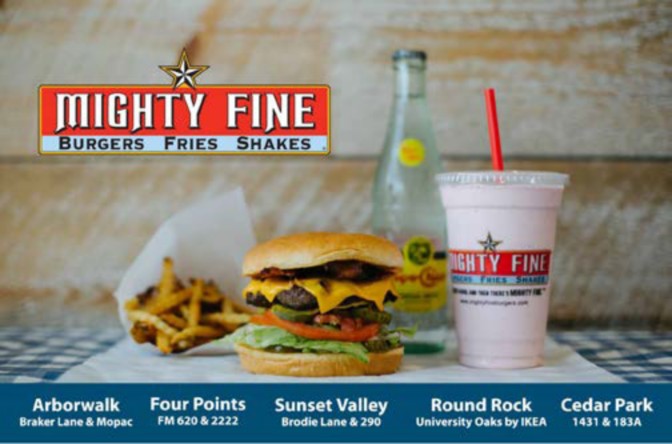 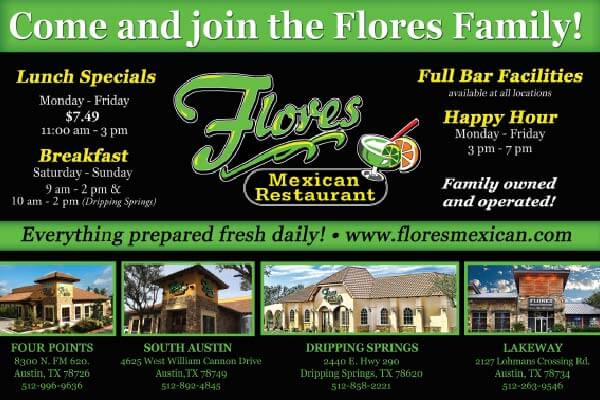 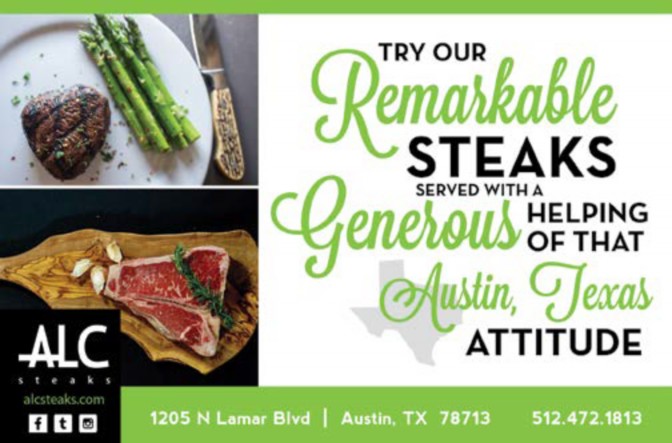 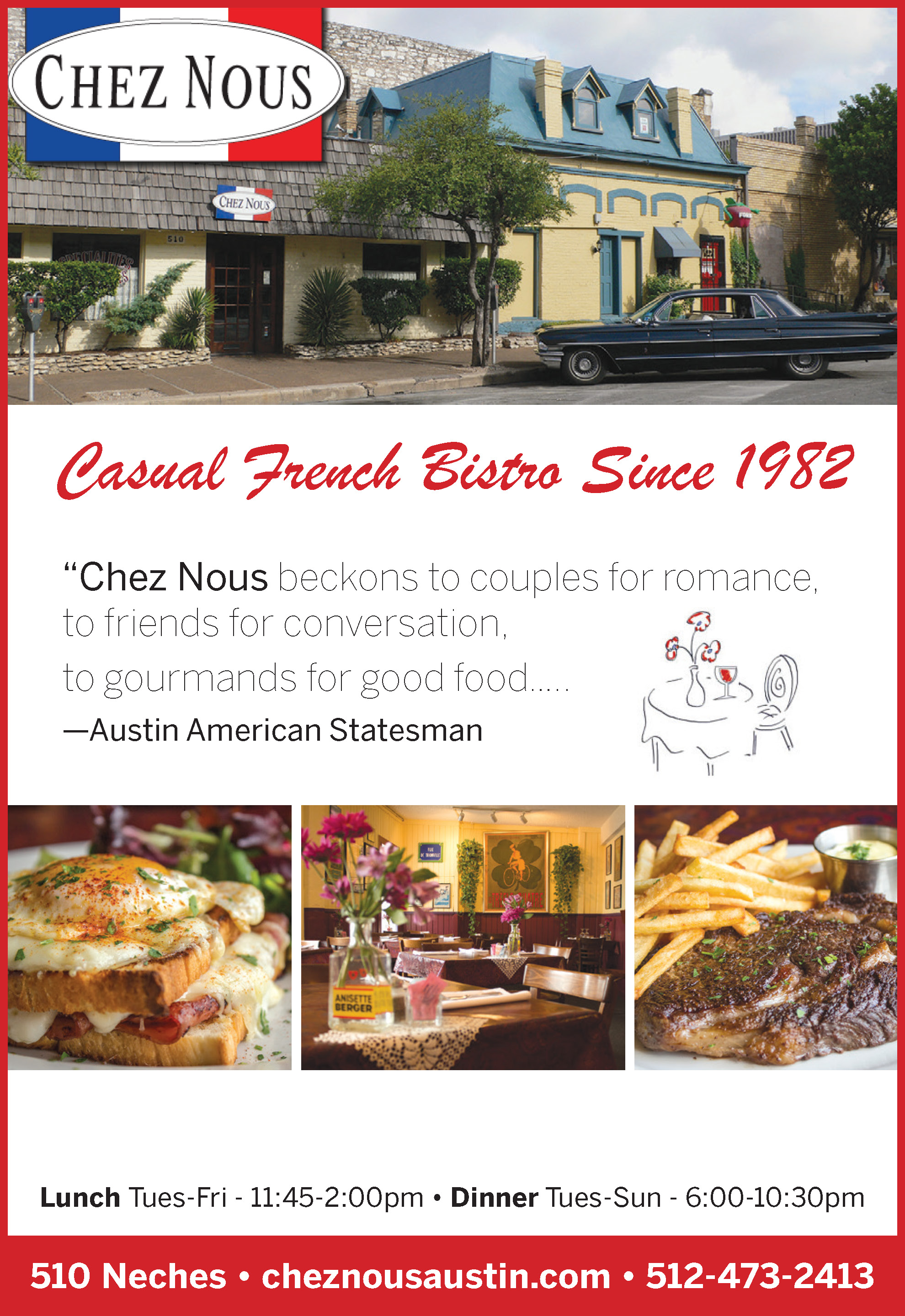 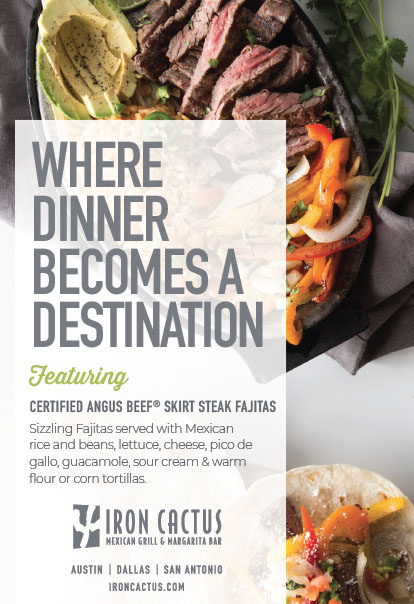 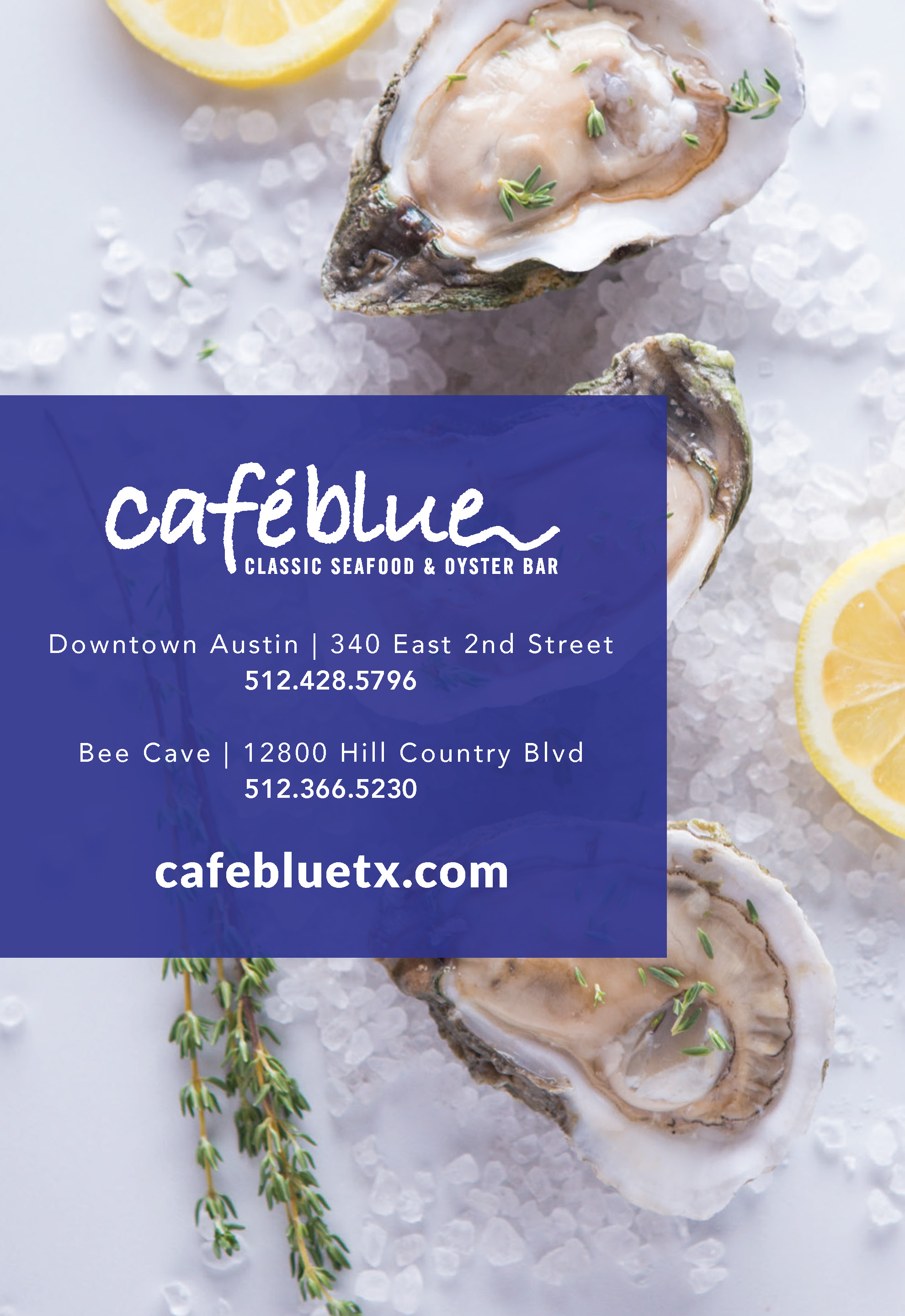 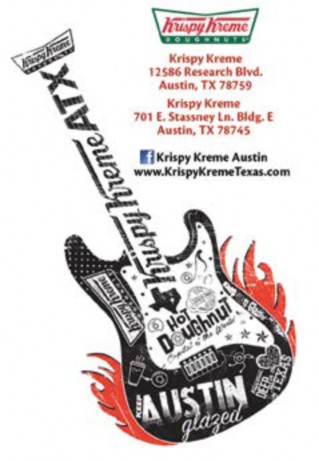 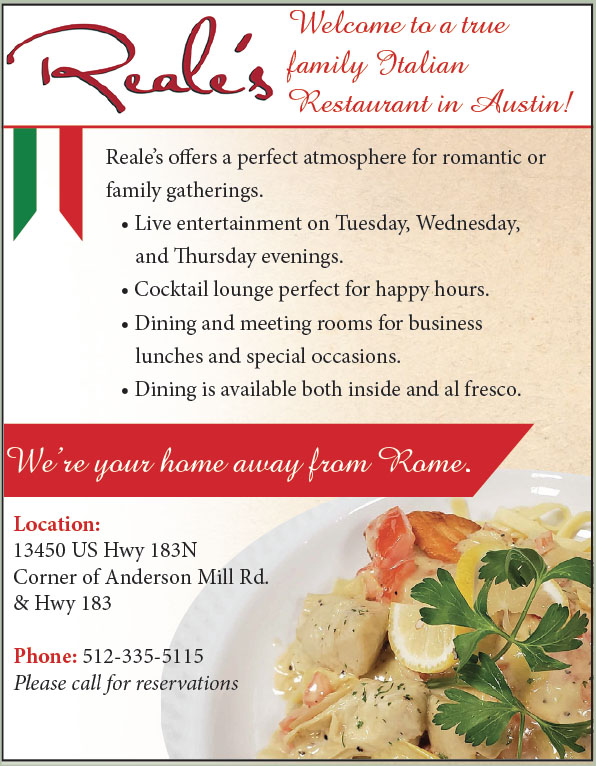 One benefit of being centrally located in the state is our proximity both to Texas’ cattle ranches and to the Gulf of Mexico, which provides an abundance of fresh seafood on the daily. These fresh and local sources are well-used in all manner of restaurants; from the fast and casual eats on the street to the finest white-gloved establishments. The fine dining scene is robust and peppered with the obligatory, but exceptional, steak houses and seafood restaurants.

Casual dining options in Austin are as endless as they are delightful. We take our pizza inspiration from all different walks of life, and you can find anything from Detroit-style to thin New York crust, huge greasy pies to wood-fired works of art. Our burger bars leave nothing to be desired, and our brunch and 24-hour breakfast choices will have you living on pancakes. And don’t even get us started on our tacos, breakfast or otherwise. We recently got into a taco war with San Antonio when a report hailed Austin as the birthplace of the breakfast taco, and in which much creative mud-slinging took place until everyone realized the best solution was to shut up and stuff a taco in their mouths.

While exploring all that Austin has to offer, be sure to sample our varied and inspired dining options. It will give you another perspective on our wonderful and weird city.