Longhorn sports continue in the stead of remarkable athletes and coaches, with a continued tradition of excellence. The University of Texas at Austin Longhorns are legendary for their sports, with many noteworthy wins. Early 2019 took an exciting turn for basketball, when the Longhorns won the National Invitation Tournament (NIT) Championship, with an 81–-66 win over Lipscomb at Madison Square Garden. Before hooking their horns into that win, they beat South Dakota State, Xavier, Colorado and TCU to reach the final and to win their first NIT title since 1978.

The University of Texas at Austin Longhorns are legendary for their sports, with many noteworthy wins. 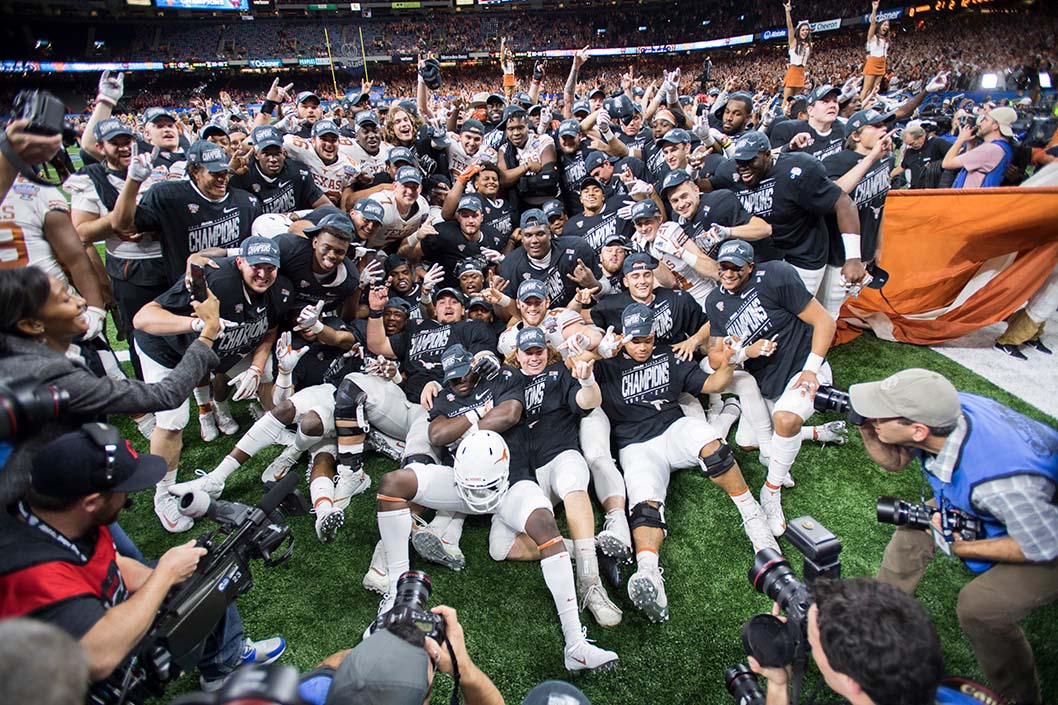 All of Texas is keeping two eyes and two horns on the Longhorns football team, under the strong arm of Coach Tom Herman. Under Herman’s guidance the program marked its first winning season in 2017, since 2013, culminating in a 33–16 win over Missouri in the Texas Bowl. In his second season at Texas, Herman led Texas to a 9–3 regular season record, including a 7–2 record in conference play, and a berth in the Big 12 Championship Game, their first since 2009. Texas defeated Georgia in the 2019 Allstate Sugar Bowl, which clinched the first ten-win season for the Longhorns since 2009.

The University of Texas at Austin tennis teams made a clean sweep in 2019 with both the men’s and women’s teams winning the Big 12 regular season title. The Texas women’s golf team continues to be ahead on the course, coming in second in the Women’s Golf Coaches Association’s final spring poll. In 2018, the Longhorns Women’s Golf team won their second consecutive Big 12 Championship, becoming the first team to win back-to-back since 2009; and wins were recognized in Track and Field (Indoor) as well as Tennis (regular season).

March 2019 marked an exciting win for the University of Texas Men’s Swimming and Diving team, as they took a second-place finish at the 2019 NCAA Championships at the Lee and Joe Jamail Texas Swimming Center. The runner-up win marked the 26th time in 41 seasons under legendary head coach Eddie Reese that the Longhorns finished among the top two nationally. The previous year, the University of Texas at Austin Men’s Swimming and Diving took their fourth consecutive NCAA title, its 14th title in program history.

Bevo is holding his breath in anticipation of what the next Longhorn seasons will bring! Whenever the tower glows orange, it’s another recognition of athletic success! 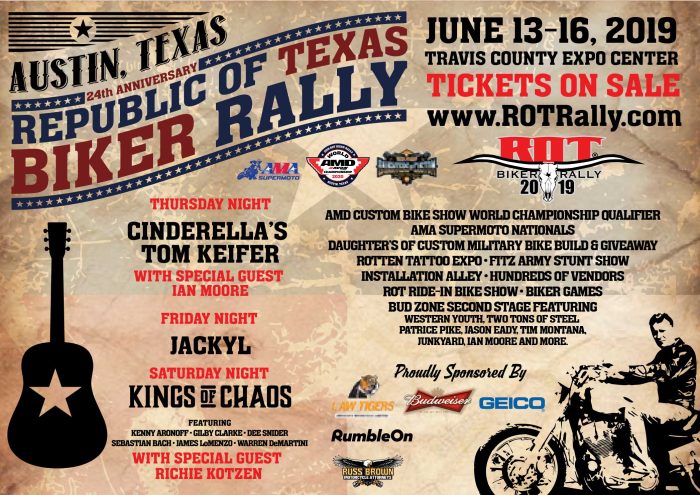 The largest motorcycle rally in Texas is also the largest admission-based rally in the U.S, with upwards of 35,000 paying attendees on the grounds. They say everything is bigger in Texas and The Republic Of Texas Biker Rally® (also called the ROT Rally) is no exception! If bikes are your thing, you’re in for treat, because all types of bikes can and will be seen at this exciting event, from Harleys to street gear.

Seeing ten of thousands of bikes

lining the street before the grand capitol building

is a site to behold.

For more than twenty years Austinites and visitors have enjoyed the lavish four-day event, which always includes a finale party and parade on Congress Avenue. Seeing tens of thousands of bikes lining the street before the grand Capitol building is a site to behold. Live music is a yearly tradition, with amazing acts always headlining the event, such as ZZ Top in 2018. Attractions include the ROT AMD World Championship Qualifier, the AMA Supermoto, the Fitz Army motorcross team, the Rotten Tattoo Expo, the Daughter’s of Custom Military Bike Build/Giveaway, the Ride in Bike show, the Bud Zone, Biker Games by Buda, hundreds of vendors, fantastic live music, and food courts.